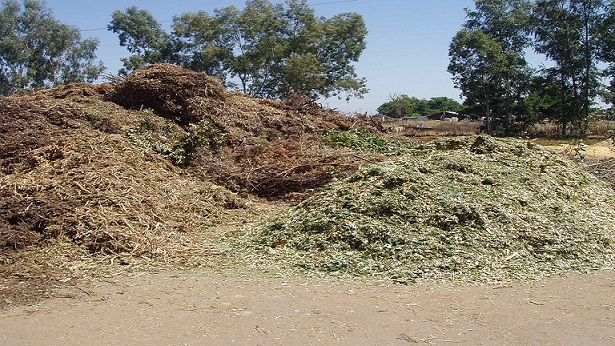 A large portion of the agricultural waste is not utilized productively. Worse, a good portion of the waste is actually burnt at the fields, releasing CO2 without any attendant benefits. Adding more misery, such farm based burning, in many cases incomplete, could emit significant amounts of dioxins, a toxic pollutant. In fact, a 2014 Canadian study mentions that, “It has been found in Taiwan, for example, that during the week of the most intense agricultural burning, the concentration of dioxins in the atmosphere is up to 17 times higher than in weeks when such burning is absent.”

Not surprisingly, the answer is a big yes.

Agricultural/crop waste can be converted into one or more of the following “energy products”, using a variety of technologies:

The above crop-waste-to-energy avenues are already established sectors with mostly mature technologies.

In addition, a number of interesting non-energy avenues are also emerging as end product ideas for crop waste. These include:

Thus, with just a bit of foresight and investments, a good portion of the agriculture waste can be converted into something of value. This is a win-win for everyone – for the farmers (as they can monetize the waste), for the industry (they now have cheaper feed stock), and the environment!

When I visit a number of rural areas (especially in India) as part of my work in my consulting or research work, I come across farmers burning agri waste because they need to clear that space and they have no other methods of disposal. When I tell them about the alternative uses of such waste which could also provide them with some decent cash, they feel that a lack of an organized collection and logistics of their waste is the main bottleneck in such monetization. This bottleneck is even more prominent for villages that are farther away from industrial areas that need the waste. I do not have a ready answer, but here surely is an opportunity for entrepreneurs to think up a business model that can make a difference and make money!