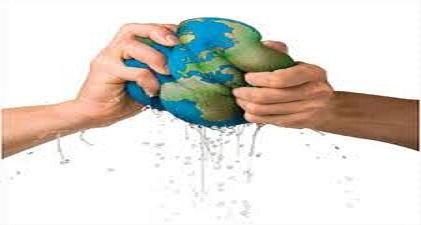 There were just 4 million people roaming our earth in 10,000 BCE.

This rose to about 265 million in about 1000 BCE. That might sound like a super dramatic increase, but actually represents an increase of only about 25,000 per year. Compare that with today’s population increase of about 2,00,000 PER DAY – we men and women are super busy every day (or should I say night)!

From 1000 BCE onwards, we have been growing at a hectic pace. By

7 billion is a humungous number.

To be accurate, humans are not the most populous species on earth – at any point in time, there are 10 billion billion ants, about 4 quadrillion quadrillion bacteria (jeez!), about 500 trillion antarctic krill and about 20 billion chicken.

Huge numbers of critters of course, but none of these fellas require anywhere near the type of resources that humans require – the 20 billion chicken never needed a dress to wear, a car to travel or that fancy iPhone.

It is not entirely clear what the optimum population for the world is, but 7 billion surely feels a bit congested. And it starts looking even more congested when we realize the kind of resource consumption that each of the 7 billion folks wants.

One estimate says about 70 billion land animals are killed every year for human consumption – remember the 20 billion chicken, where do you think most of them go? And it doesn’t stop with animals. We rapacious humans are consuming everything we can lay our sights on – fruits and vegetables and trees and plants and algae, metals and minerals, coal and oil and natural gas, every drop of water around, above or below us, and sand and stones – Jeez, we are not leaving out even the stones.

The “developed” world (North America, Europe, Australia/NZ, Japan and some select parts of Asia) has perhaps about a billion plus some people as of 2016, the developing world (India, China and a few more) about 3 billion, and about 3 billion poor souls lead, well, very difficult lives.

Of course, the entire world is unlikely to become developed in the near future. Even in a more likely situation, based on the economic progress made in different parts, the world could be consuming about 2-3 times the resources it is consuming today, in the not-too-distant future.

Assuming the world’s resources today can only just about meet the demand, we might need 2-3 more worlds fairly soon to sustain our population and their aspirations.

Hey, now where is the Californian gentleman who goes by a rather colorful name – oh yes, Elon Musk it is.

Mr Musk, we need your services – many of us will need a permanent one-way trip to Mars soon enough. And can you find a way of reaching a few other hospitable planets too, please?

For those interested in seeing a comparative picture of energy consumption by developed and not-so-developed countries, here’s an excellent picture of the same – See link. A comparison between India and USA is instructive (and memorable): India has four times the population as the United States, but consumes only a fourth of the total energy that the US consumes. That is, for energy, India’s per capita consumption is only about 1/16th of what it is for the US, or put another way, an American consumes 16 times the amount of energy that an average Indian consumes.

The world’s doesn’t seem to be a fair place, does it?