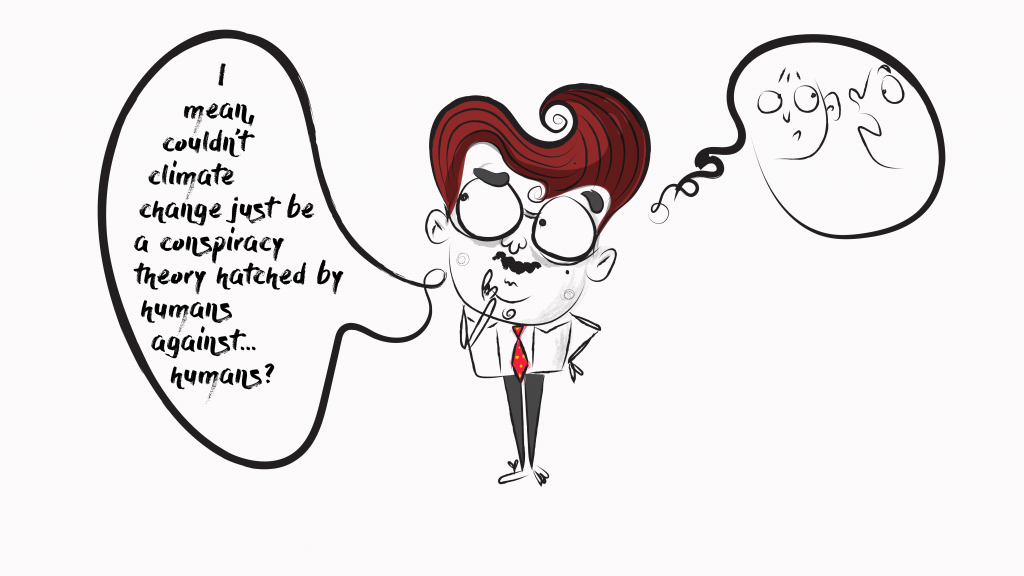 How do we know humans are causing global warming and the resulting climate change?

SHORT ANSWER: There’s enough math and science to prove it.

It has now been well established that CO2 is the heat-trapping gas responsible for most of the global warming over the past several decades.

During the past hundred years, atmospheric concentration of CO2 has increased dramatically. From a pre-industrial era concentration of approximately 280 parts per million (PPM), it has now breached 400 PPM, with most of the increase happening in the past few decades.

We now also know that human activities are driving this increase in CO2 concentrations. How are we sure of this?

One of the ways we can be sure of this is because atmospheric CO2 contains information about its source. Scientists can tease apart how much CO2 comes from natural sources, and how much comes from combustion of fossil fuel sources.

Let me explain in a bit more detail.

Carbon from fossil fuels has a distinct “signature”, different from the signature from other sources. This distinct signature is essentially the difference between heavier and lighter atoms of carbon – this difference is denoted as δ13C, where δ stands for “delta” that means “difference”. (for ease of understanding, consider δ13C this to be something like [# of Heavy Carbon Atoms – # of Light Carbon Atoms])

Fossil fuels contain lighter atoms of carbon, while carbon from other sources carry the heavier variety. Hence, the more negative the δ13C, the higher the proportion of carbon from fossil fuels.

In recent decades, δ13C has become more negative while the overall amount of CO2 in the atmosphere has increased. This information clearly tells scientists that fossil fuel emissions, which happen because of human activities, are the largest contributor of CO2 increased concentrations during this period.

This math thus nails human activities as the chief cause of CO2 increase.

And then the science

Now let’s look at some science. Another reason that scientists are confident that the current warming is not from natural influences is that, over the past century, scientists from all over the world have been collecting data on natural scientific factors that influence climate – things such as changes in the Sun’s brightness, major volcanic eruptions, and cycles such as El Niño and the Pacific Decadal Oscillation. Such observations have failed to show any long-term changes that could fully account for the recent, rapid warming of Earth’s temperature.

In summary, it has been reliably proven that CO2 from fossil fuels is the dominant cause of global warming. And as only humans use fossil fuels on earth for energy recovery, it follows that human activities are most to blame for the current increase in greenhouse gases and global warming.

How do we know humans are causing climate change? - Cleantech Guide