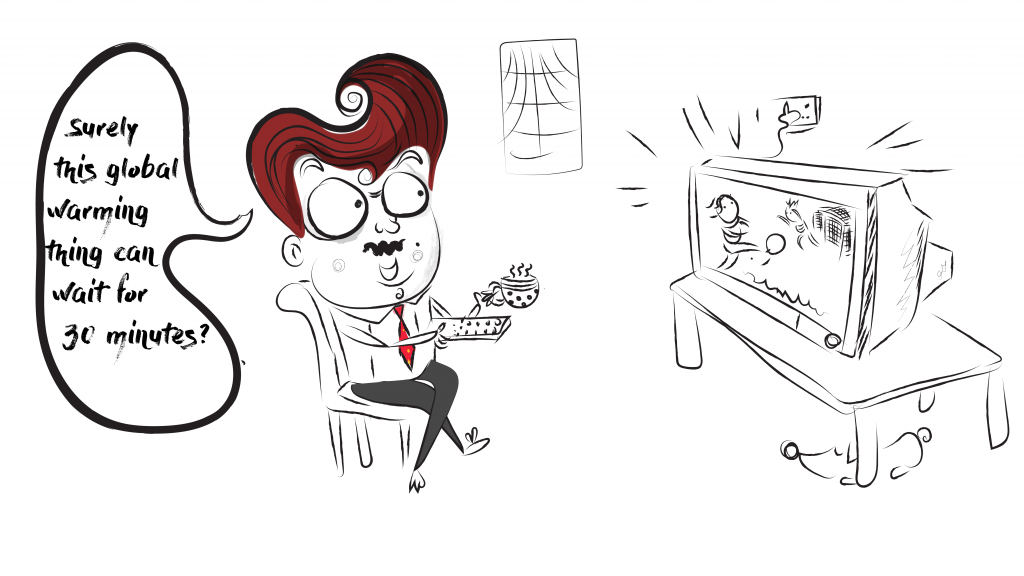 What’s the big hurry to act on climate change and global warming?

SHORT ANSWER: If we don’t act soon, we may have to make very painful sacrifices in future.

The world would ideally like to limit the CO2 concentrations in the atmosphere to the level before the industrial revolution started. That would be about 275 PPM. At the very least, the plan is to get this down to 350 PPM.

While the warming at 410 PPM is already causing enough environmental problems, another 0.4 degree F (0.22 deg C) rise in temperature, representing a CO2 level of 450 parts per million (PPM), could represent a point from which recovery would be quite difficult, according to climate experts.

Unless we do something significant and soon enough, we might be hitting the 450 PPM fairly quickly, perhaps by 2035, or even earlier! Experts opine that once we reach this limit, the actions that we’d have to undertake would be drastic – the equivalent of crash dieting and hoping for the best.

For instance, there might not a single tipping point for climate. In the climate science world, consequences may take decades or centuries to play out. In fact, some say there could be “climatic tipping elements”, essentially portions of the climate system that may get abruptly committed to major shifts as a result of the changing climate, making a return to normal more and more difficult.

All the above analyses essentially point to the following: Climate change and global warming are unlikely to destroy the earth anytime soon, but every delay in taking action increases the probability of disaster, and every delay also significantly increases the extent of pain we will have to undergo in order to bring things under control.

Consider an analogy. Let us say you are a 30-year old, reasonably healthy adult, but during your recent doctor visit you discover that you have developed early symptoms of an impending heart attack. The heart attack is unlikely to happen anytime soon, but the earlier you act, the lower the probability that you will have a heart attack. If you start acting on your health now, the changes you need to make could be quite tolerable and gradual – like perhaps cutting off a pizza occasionally and going for a walk in the morning. But if you delay acting on it for a few years, the changes you might have to make to your lifestyle to avoid the heart attack could be far more difficult and intolerable – like having to forego any salty, sugary or oily foods, needing to take at least 5 pills a day, needing to walk at least 30 minutes in the morning and evening, and the need for a hospital visit every 2 weeks. Essentially, you will be forced to lead a rather miserable life in order to avoid a catastrophic heart attack.

A gradual, tolerable shift to a healthy planet or making all our lives miserable in order to keep the planet in order – that is the difference between acting now on climate change and delaying it for a later day.

All right, now that you know why it is imperative to act on climate change NOW, you might also want to know the following: