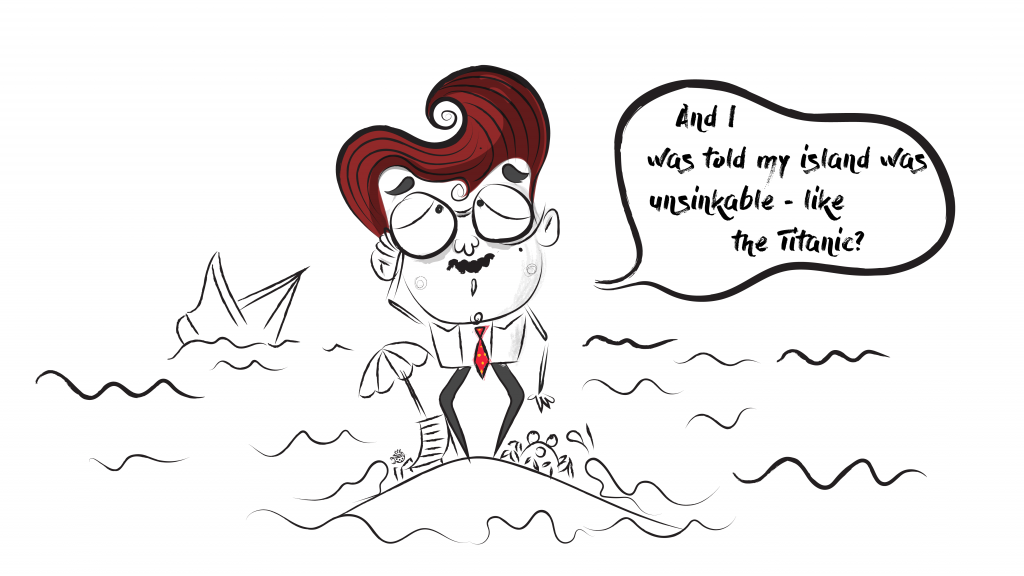 Has any island already disappeared due to global warming?

Global warming has many effects on oceans, and one of the most visible effects is the rise in sea levels. (For those who are curious, you can get a better understanding of how climate change affects oceans from this post).

Rising sea levels can of course drown islands, in theory. But has any such disappearance happened yet in reality?

The good news first: No large or prominent island has yet drowned, or is close to drowning in the foreseeable future, say, the next 30 years.

But before you heave a big sigh of relief, here’s the not-so-good news: some very small islands have already drowned, and a few more will probably drown within the next couple of decades.

The islands that have drowned already are so small that many of us are unlikely to have heard of them. While these disappearances hence might not make us sit up and be alarmed, what should really concern us is that these could be the forerunners for future disappearances of much larger and more prominent islands!

Here are examples of some islands that have disappeared

Some Solomon Islands have already disappeared

The Solomon Islands, a nation made up of hundreds of islands and with a population of about 640,000, lies about 1,000 miles north-east of Australia. Many of the Solomon Islands are low-lying and prone to flooding from rising seas.

What about much larger islands or major cities on the shore?

An interesting topic such as this (Islands disappearing due to climate change) has, not surprisingly, a large number of web resources. I am presenting a few interesting ones from among these, and also some videos that could be eye openers.

Another video on Kiribati

And it is not just poor countries and islands. Here’s a story on Virginia Islands, just 90 miles from Washington DC

Tuvalu – islands on the frontline of climate change

All right, now that you have learnt something about islands that have disappeared owing to global warming, you might also want to know the following: