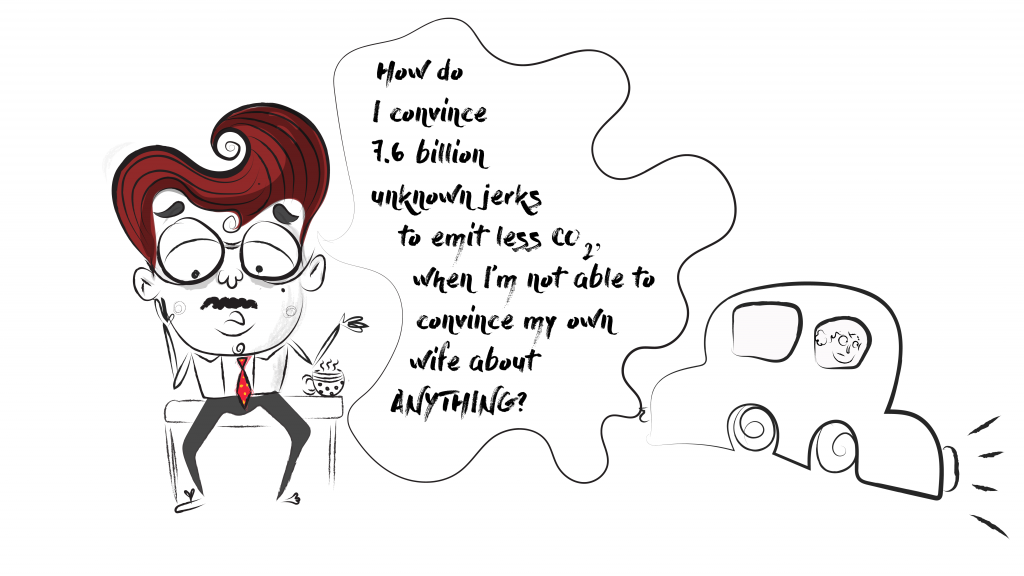 What are the various avenues to tackle climate change and global warming?

Of course, the world wants to do something about this global warming thing.

But it is not easy.

Just think for a moment: Over 7 billion souls – from almost 200 countries, tens of thousands of cities and millions of villages – are contributing to this massive problem. It will take even God some time to figure out a way.

We mere mortals are just about starting to try.

What indeed are the feasible avenues to solve such a massive, complex problem?

The first thing to take home is: There’s no one magical solution – there’s no silver bullet to reduce global warming. Everyone agrees on this point. So, while no one today can assure you of ANY foolproof method, experts agree that such a complex problem can be solved only by using well-thought out frameworks and an effective set of action mechanisms that make up such frameworks.

If all these sound abstract, let me get a bit more concrete.

The framework for global warming control focuses on the following:

CO2 Reduction through Use of Alternatives

Two key alternatives being pursued are renewable energy sources for heat and power, and alternatives to current modes of transportation:

Energy and resource efficiency have significant potential to reduce CO2 emissions for the same output. Some of the key avenues pursued for energy efficiency include:

CO2 Reduction through Other Avenues

Other avenues being actively pursued for CO2 emission reduction are:

Implementation of the Framework

While the above are the avenues for CO2 reduction, how can these be implemented?

Implementation of so many diverse efforts, and that too all over the world, is no easy task. This is where implementation policies and action plans come in. Essentially, the action plans adopt a “carrot and stick” approach, and include:

Mandates and penalties can be considered the stick part of the “carrot and stick” approach. These include:

The incentives for clean energy projects represent the “carrot” portion of the approach. A range of financial and non-financial incentives are used to spur investments in low carbon sources and CO2 reduction avenues. Prominent among these are incentives for renewable energy investments – these include mechanisms such as:

Some or all of the above incentives together ensure an excellent return on investment for those who invest in renewable energy.

A supporting mechanism for the incentives and mandates is a comprehensive set of standards and metrics that provide useful benchmarks for those developing clean energy projects. Some of the prominent among these include:

So, the big picture for global CO2 reduction is:

All right, now that you know the avenues being attempted to reduce CO2 emissions, you might also want to know the following: