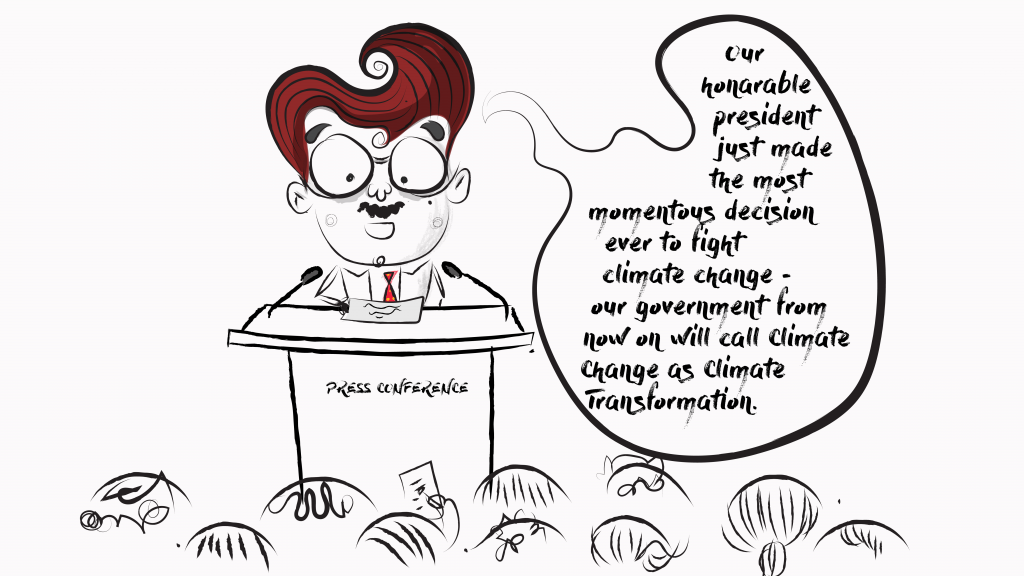 What are the governments of the world’s powerful countries doing about climate change and global warming?

Short Term: There are enough intentions and at least some actions on the part of two of the three top emitters viz., China and India. The United States is going through an uncertain phase in its action on global warming.

Let’s look at the three top CO2 emitters worldwide – China, USA & India – and reflect on what actions they are taking on Climate Change.

With the country notorious for its air pollution, the Chinese government is taking significant steps against CO2 emissions – in its own interest at least, if not in the global interest. The country has also vowed that its CO2 emissions would reach their maximum by 2030.

Here are some significant measures that the country’s government has taken in this regard:

In sum, China is doing something for clean energy and environment in ways typical of that country – doing things big, but clearly driven by its domestic pain points and compulsions than by what the rest of the world wants.

The United States reads like an entirely different story compared to China.

While the Chinese government is pulling out all stops to curb CO2 emissions with vigorous state policies, the US government’s response has been less consistent over the last few years. There has been significant inconsistency ever since Republican Party’s Donald Trump took over as President.

In sum, the United States presents an ambivalent picture in the context of climate change action – its current federal government is opposed to any significant action, but many state governments, as well as key stakeholders such as the industry, are for taking big and bold steps to reduce global warming. As a result, steps are being taken, but at scales much lower than what it could have been with an environment-friendly central government.

India pledged under the Copenhagen Accord to reduce its CO2 intensity (emissions per unit of GDP) by 20-25% by 2020 compared to 2005 levels, and according to some estimates, the country appears to be doing reasonably well in its efforts.

Some of the critical tools India  is using to achieve the targeted emissions reduction are:

All the above initiatives are expected to help offset 11% of India’s annual emissions.

In sum: India is a chaotic democracy and also a soft state. It’s climate change efforts reflect these – the country has has aggressive plans similar to those of China, but is lagging behind in implementation in many of its targets. However, it can be said that a reasonably strong start has been made in key sectors such as renewable energy and energy efficiency.

What are the world’s large and powerful governments doing about Climate Change? - Cleantech Guide